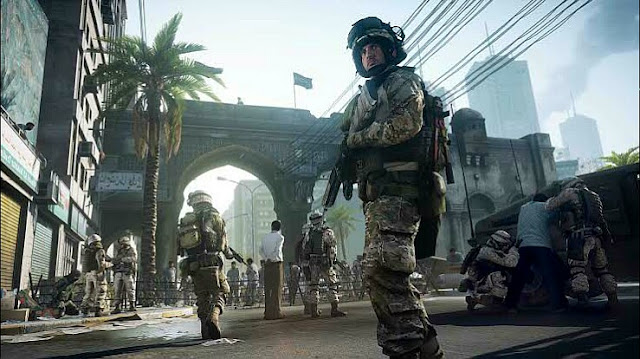 Even though Battlefield 6 has yet to be announced officially, words in the street are strictly speculating alot about the upcoming installment.

Related: Battlefield Bad Company Remaster Has Been Canned & Skate 4 Has Been In The Works For A While – Says Grubb

A few days ago, Tom Henderson, who has been leaking Call of Duty and Battlefield details correctly for some time, revealed that the maps to be included in the next entry in the series developed by DICE have been designed for 128 plus players. 32 versus 32 will continue being the standard playlist, however.

Battlefield news; Maps have been designed with 128+ players in mind. But 32 vs 32 will also be a standard playlist.

Tom Handerson also talked a possible inclusion of a battle royale mode in Battlefield 6. While he does not know if it will indeed happen, it seems like EA and DICE have a renewed interest in the genre, and this may lead to the release of a free to play Battlefield battle royale game in the vein of Call of Duty: Warzone.

Battlefield news; There's also been increased interest in Battle Royale due to the success of Warzone. No confirmation of a BR in the next Battlefield yet, but could EA and DICE be planning a F2P Battlefield experience?

As already mentioned, Battlefield 6 has yet to be announced. Rumors from the past two months suggest that the game is in development alongside a Battlefield 3 Remaster. This remaster has apparently been in the pipeline for a very long time, and it will release alongside another entry in the series, which presumably to be Battlefield 6.