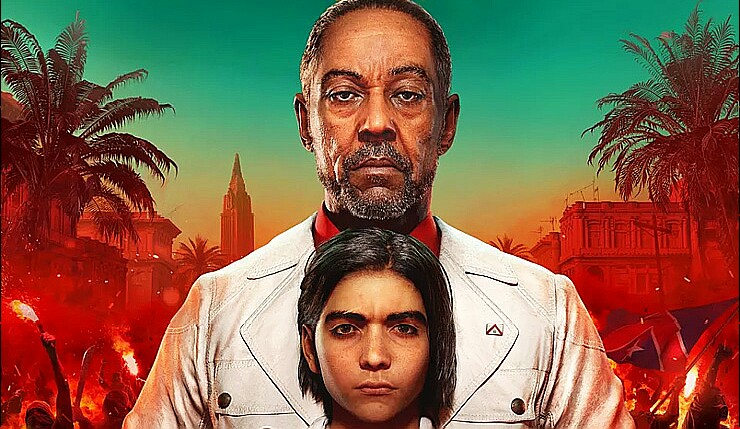 Recently we revealed that the Breaking Bad actor Giancarlo Esposito will be the series next charismatic baddie. Of course that’s a dream come through for Breaking Bad fans. Today at the Ubisoft Forward digital event, the Far Cry 6 launch date was confirmed February 18, 2021.

Welcome to Yara, a tropical paradise frozen in time. As the dictator of Yara, Anton Castillo is intent on restoring his nation back to its former glory by any means, with his son, Diego, following in his bloody footsteps. The ruthless oppression has ignited a revolution.

Players will be able to play as either male or female Dani Rojas, a local Yaran swept up in a revolution against Antón Castillo. As Dani, players will become a guerrilla fighter and explore and unite an entire island nation, from lush jungles to Yara’s capital city Esperanza. To succeed against the overwhelming power of Antón’s regime, players will need to be resourceful as they employ an arsenal of unique new weapons, vehicles and Fangs For Hire like Chorizo, the cutest wiener dog on wheels.

Fight for Freedom: Play as Dani Rojas, a local Yara, and become a guerrilla fighter to liberate the nation.

Yara Torn Apart: Fight against Anton’s troops in the largest Far Cry playground to date, across jungles, beaches, and Esperanza, the capital city of Yara.

Guerrilla Firepower: Employ makeshift weapons, vehicles, and Amigos, the new Fangs for Hire to burn the tyrannical regime to the ground.