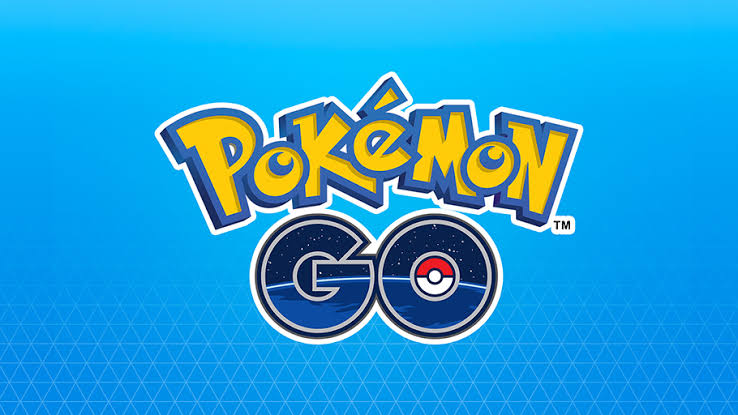 Pokemon Go is the world third largest mobile title. The video game Pokemon Go has broken all of its previous annual records for player spending in the first ten for players spending. months of 2020 reveals data from Sensor Tower Intelligence. The growth reflects shifting dynamics in the wake of global lockdowns despite the video game requiring its users to move outdoors to virtually interact with the environment and collect Pokemon. Player spending for the game by the end of October stood at roughly $1 billion reveals the data analysis firm, reflecting an 11% growth over 2019’s figure.

The $1 billion player spending for the title has placed it in third place for global player spending for games that are present on Android and iOS. Sensor Tower’s data reveals that when it comes to player spending, PlayerUnknown’s Battleground (PUBG) is at the top of the food chain and online battle game Honor of Kings follows it in second place.

Pokemon Go was quick to react to the outbreak of the coronavirus pandemic, as the game’s entire operating model depended on users interacting with their environment outdoors.

Google’s Play Store continued to top in player spending for Pokemon Go simply due to the vast market share advantage that Android has over iOS. Play Store has generated $2.2 billion in lifetime spending with iOS generating $1.9 billion. In January, SensorTower’s data showed that Play Store had accounted for 54% of Pokemon Go’s 2019 spending, and the research firm should update its figures for 2020 as the year comes to a close. 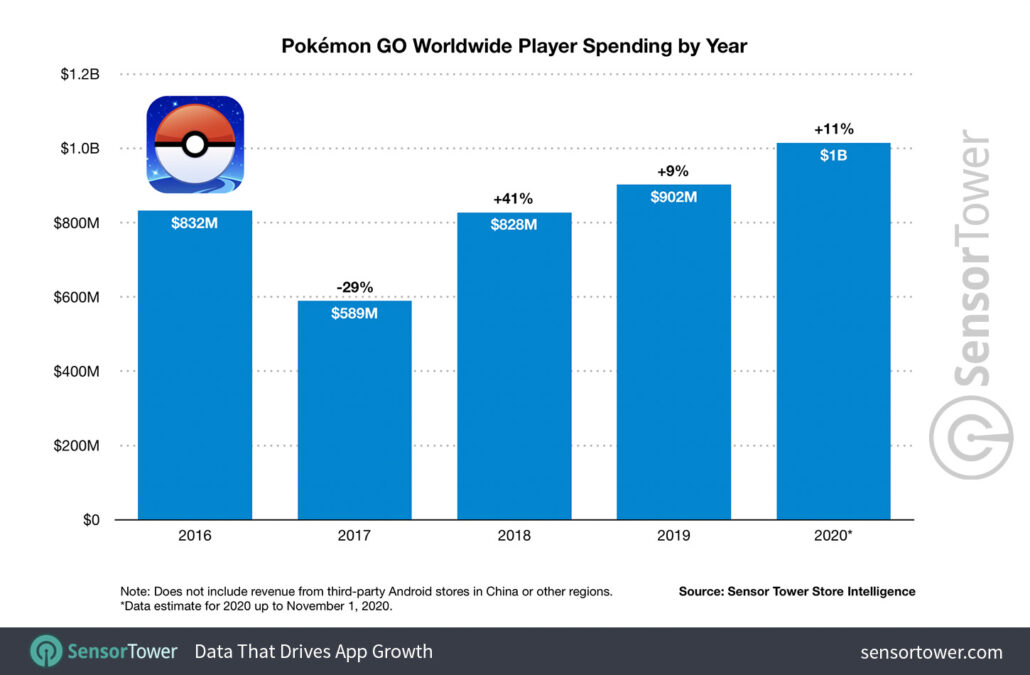 Lifetime user installations of the title have now touched 600 million, with roughly one-sixth coming from the U.S. Today’s data also shows that Pokemon Go has stepped up in the global ranking of player spending, as it was fifth in this list based on its player spending for last year. In 2019, players spent $902 million in the game (Sensor Tower originally reported this to be $894 million) and Pokemon Go was led by Candy Crush Saga which came in at fifth place. The leading title of 2019 in player spending was Honor of Kings, which had generated $1.5 billion in spending.